April 27, 2020
“I have a theory that things work out in the end, and that if things aren’t working out, it’s not the end.”
Deals Swedish startup Bokio bags €7.4 million and merges with Stockholm-based competitor Red Flag (tech.eu)
AI-based accounting tool for small businesses and freelancers, has raised €7.4 million in funding from existing investors and merged with Stockholm-based competitor Red Flag.Two companies will merge all assets, people and customer contracts, creating a team of 80 and a combined user base of 80,000 across Sweden and the UK.Opinion: This is quite a small investment round if we take into account €3.1M raised in seed in 2017 from Creandum and then €4M in Series A in 2019.
Opera Event closes $5M Series A for its esports-focused influencer platform (techcrunch.com)
Opera Event sits between the team, its community and capital sources (brands), helping make everything click.Opera Event wants to add more niches to its stable. Its founder mentioned yoga as an example. Where there are i…
1 comment
Read more 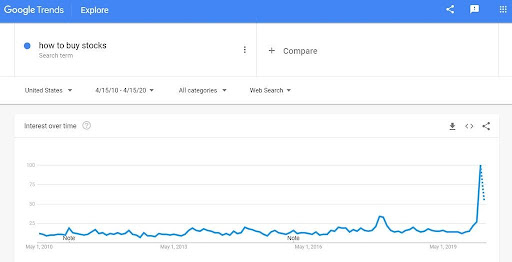 “No one wants to give us capital because we have all destroyed capital and created economic waste.”
- Scott Sheffield, of Pioneer Natural Resources
Deals Sprout.ai raises $2.5M to speed up insurance claims (techcrunch.com)
Sprout.ai has developed AI-based software that it says enables insurance claims to be settled within “just 24 hours”. Specifically, it uses natural language processing and optical character recognition to understand unstructured insurance claim data.“Currently the average claims settlement time in the U.K. is 25 days. This is mainly caused by a lack of information at the start of the claims journey and a lot of manual touch points throughout the journey. This causes two problems: bad customer experiences and high operational costs for claims teams”.
Serverless Monitoring Platform Dashbird Raises $2.1M From Leading Global Investors (foundme.io)
Founded in 2017, Dashbird, is a monitoring and intelligence platform for operating serverless applications on AWS.The investmen…
Post a Comment
Read more 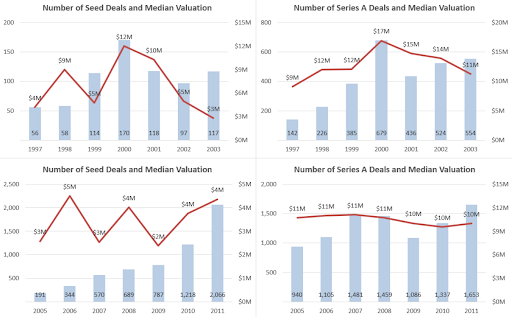 “One of the weird side effects of 100% remote work is that we lose the signalling and "seriousness" of business travel as a way to confer priority and legitimacy. It's much harder to buy your way into someone's schedule now.”
- Alex Danco
Deals Vela Games raises $3.1M for player-first co-op games (venturebeat.com)
This current round will accelerate delivery of the studio’s first title, a unique new genre of gameplay Vela is calling Multiplayer Online Co-Operative, or MOCO for short.One of three founders explains: Players want to play with their friends, which adds a social element. Secondly, players really aspire to master or improve their skills and abilities. So they want these deep, meaningful mastery curves that they can sink hours into and continually get better and feel like they’re getting better. And then finally, the third core motivation is to feel good to achieve things that are meaningful.Opinion: The gaming industry is shifting to much broader audience by…
Post a Comment
Read more

“We live in the age of Performative Reading. Consuming as many books as possible has become a competitive sport for knowledge workers who want to show off their intellectual curiosity. To do so, they race through books like they’re collecting mushrooms in Super Mario Kart.”
- David Perrell
Deals Kaizo raises $3M for its AI-based tools to improve customer service support teams (techcrunch.com)
Dutch company which uses AI and gamification to help agents track how they work and to work better towards goals. Kaizo understands which behaviors in customer service tickets lead to better outcomes for customers and then guides agents to replicate that using ongoing game mechanics. Seed round co-led by Gradient (Google’s AI venture fund) and French VC Partech. Christoph Auer-Welsbach, a former partner at IBM Ventures, is joining the company as a co-founder.Presto: We are currently looking at this sector as we believe it will achieve boom with increasing digitalization of services. Current situat…
Post a Comment
Read more 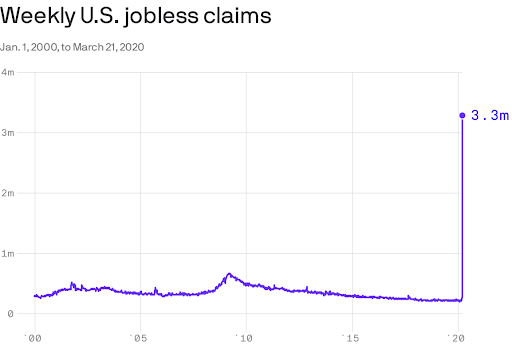 “Stocks take the staircase up and elevator down.”
- proverb
Deals Smart Addressing Platform UNL Secures $2m in Early Stage Funding (asiatechdaily.com)
Adding a programmable layer to real-life locations, UNL is building the Internet of Places, serving as an infrastructure for the location-based service economy. Making any location a point of sale, delivery, and payment.The Internet of Places is a trusted network where real-life locations are coupled with their smart UNL digital doppelgangers to power next-generation hyper-local experiences, applications, and micro-services on top of the UNL infrastructure. News Straight talk on VC fundraising today - Angular Ventures is “open for business” but what does that really mean in the age of Coronavirus? (medium.com)
Few growth stage bankers started reaching out to me (at Angular, a very early-stage fund) to see if we want to join $10M rounds. That means they are running out of options and making totally irrational calls.Paused, lying, or stupid.…
Post a Comment
Read more 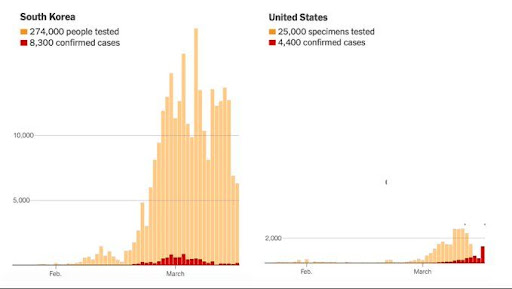 “What do you call a stock that’s down 90%? A stock that was down 80% and then got cut in half.”
- David Einhorn
Deals Epic Games Adds Cubic Motion Startup To Company Portfolio (crunchbase.com)
Cubic Motion’s technology helps make facial animation in video games and movies more lifelike. The acquisition of Cubic Motion will complement 3Lateral, another company Epic Games bought in January 2019. 3Lateral makes technology to digitize human appearance and motion to look lifelike.“Digital humans are not only the next frontier of content creation, but also the most complex endeavor in computer graphics.”Presto: We are currently looking at this sector more towards complimentary companies to these kinds of businesses as we see a lot of opportunities in this sector.
Refurbished electronics startup Refurbed raises $17 million round, led by Evli Growth Partners (techcrunch.com)
Refurbed is a marketplace for renewed phones, laptops and tablets. The devices are renewed through a 40-step process, come…
Post a Comment
Read more 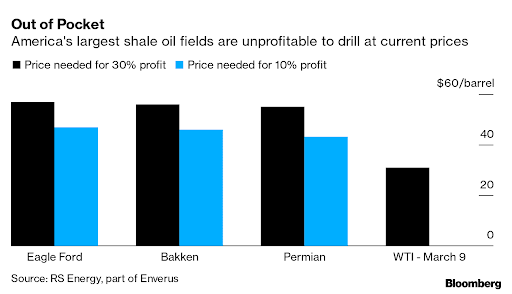 “Everything we do before a pandemic will seem alarmist. Everything we do after will seem inadequate.”
- Michael Leavitt
Deals SEO platform DeepCrawl raises $19M in Series B round (prolificlondon.co.uk)
DeepCrawl has developed a robust web crawler that empowers marketers and SEO experts with actionable data-based insights to diagnose and fix technical issues, increase website visibility, and ultimately win more organic traffic and revenue.The company is trusted by 54% of enterprise brands, as well as all six major global agency networks to monitor and improve site performance across digital properties.
Superpeer raises $2M to help influencers and experts make money with one-on-one video calls (techcrunch.com)
With Superpeer, experts who are interested in sharing their knowledge can do so via remote, one-on-one video calls. They upload an intro video, the times that they want to be available for calls and how much they want to charge for their time.Superpeer launched in private beta two we…
Post a Comment
Read more

March 09, 2020
“It’s OK to not have an opinion on topics you don’t know anything about."
- Morgan Housel
Deals Berlin-based hotel startup SuitePad closes 7-digit round of funding to accelerate global expansion (techstartups.com)
A provider of in-room tablets for the hotel industry to develop a modern hotel room operating system with key functionalities such as centralized room control, hotel room telephone and TV solutions.Currently used mainly in private and chain hoteliers from Germany, Austria and Switzerland, but also has hotels in 8 other countries.Presto: I believe there is a lot of potential in adding different functionalities to the tablet and monetizing current user base, so this will be very interesting to watch how it is going to develop. Also I believe the round size is €3 million.
Overstock’s VC Wing Leads $8.2 million Funding Round in GrainChain (coindesk.com)
A commodities tracing platform that uses smart contracts to open up liquidity for low-income farmers.It brings farmers, banke…
Post a Comment
Read more
More posts