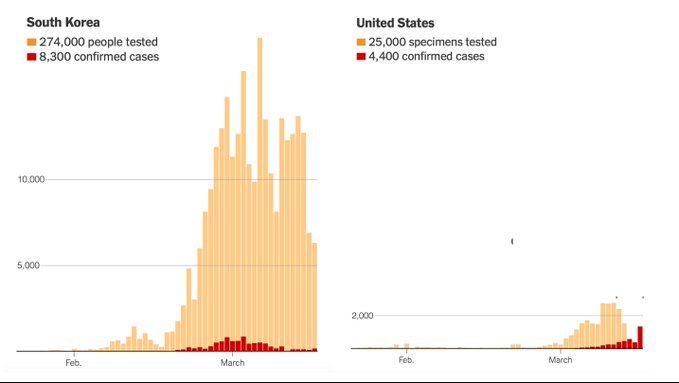 Graph: Two perspectives - Both South Korea and the US had their 1st COVID-19 patients on Jan 20 and Jan 21.

Also bonus very shameful for us.